An update from Tracy Tenpenny, VP of Sales & Marketing 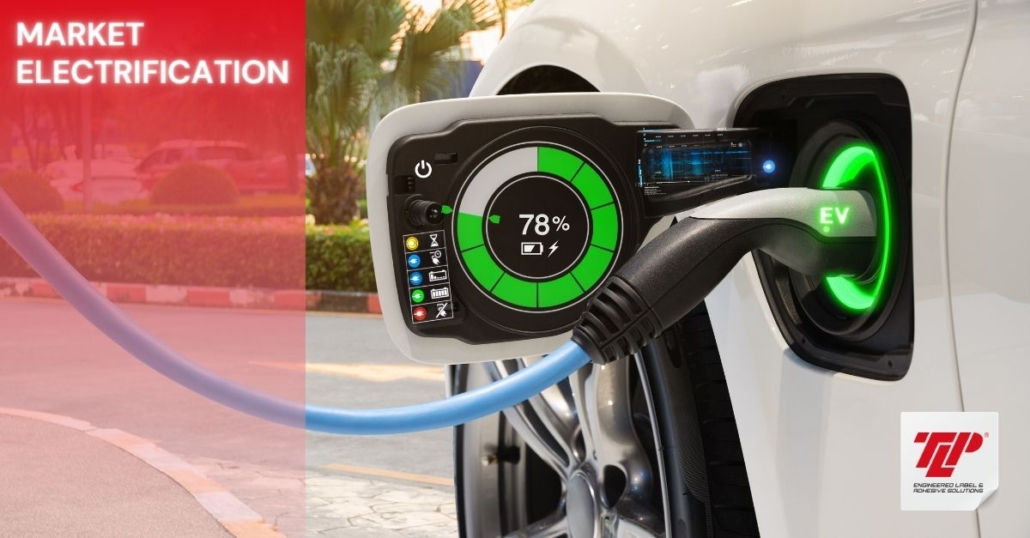 Combustible engine manufacturers have done everything in their power to prevent the evolution of the Electric Vehicles.  They have used and continue to use their lobbying power to try and prevent EV manufacturers from selling direct to customers in an effort to protect their franchise dealerships, who count on large service revenue. The behemoth oil industry giants waged a state-by-state war against utilities’ plans to build charging stations across the country.  Unions are fighting to keep their presence in an industry that recognizes building these vehicles in the south is much easier, because the word “unionize” is pretty much a swear word.  Utilities fighting homeowners from using solar to supply their own energy by charging exorbitant rates for a lower use of consumption.  Despite these powerful groups and their efforts, it’s clear a new market is exploding with opportunities and it’s disrupting the status quo.

What does market electrification mean from a labeling perspective?

All three segments listed above come with varying degrees of engineering challenges in labeling. Electrification applications typically carry with them harsh environments requiring outdoor fade resistance, regulatory compliance including UL registration and marking and a variety of warning and safety labels, branding labels and product tracking labels. Each of these requiring engineering design capacity that is already a valuable resource in limited supply. Creating a label is typically low on the totem pole of priority and engineering is strapped with pressing issues that are far more important than dealing with a label.

The need for a supplier with experience is vital. A print partner that has existing mechanical and electrical engineering capabilities, a comprehensive in-house testing lab and a history in manufacturing labels for electrified markets (including electric vehicle, solar panel and charging stations) is critical to avoid wasting time in a need it “NOW” product cycle.

Tailored Label Products has the unique capability to shift the burden of label design from your team to ours. We approach each project by combining engineering, design, quality and development into a cross-functional team focused on creating a unique solution for each specific application. But we’re not starting from the ground up each time… With over 35 years in the regulatory and harsh environment labeling market, TLP has the experience needed to develop, design, test and approve your labels efficiently and accurately. Contact us today.