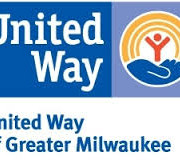 The nonprofit organization officially consolidated operations between United Way of Greater Milwaukee and United Way in Waukesha County at the start of February. Through the merger, which was announced in December, United Way aims to enhance its efficiency in order to have a more meaningful impact on the programs it supports.This year’s community campaign will be led by Catherine Jacobson, president and chief executive officer of Froedtert Health; Suzanne Kelley, president of the Waukesha County Business Alliance; Alex Molinaroli, chairman, president and CEO of Johnson Controls, Inc.; and Cory Nettles, managing director of Generation Growth Capital, Inc.Chairs were named publicly during United Way’s annual meeting, held Wednesday at the U.S. Bank Building.“I am honored to serve as a co-chair for the first combined campaign of the United Way of Greater Milwaukee and Waukesha County,” Jacobson said in an announcement. “This is an exciting time to be able to participate in this collaboration to strengthen the impact United Way has so long demonstrated in our community.”“United Way does an outstanding job of raising critically needed funds to support our community’s most impactful agencies,” Nettles said. “We now have an opportunity to even better serve our community in a more coordinated way.”

United Way also introduced 15 new board members during its annual meeting. The new pool of members will better reflect the organization’s dual focus on Milwaukee and Waukesha counties.

Originally published February 27, 2015 by by BizTimes.com.
View this article in it’s original format at BizTimes.com.