If you looked only at the job figures, it would seem Waukesha County manufacturing was in a slump for much of 2016. The county’s manufacturing industry averaged a year-over-year decline in employment of more than 2.6 percent, even as private sector employment was up more than 1.5 percent on average.

The Waukesha County picture is an exaggerated version of trends visible at the state level, and more recent data suggests the industry has rebounded to begin adding jobs again. But asking why employment in an industry that makes up about 20 percent of the county’s jobs was down as much as 3 percent at one point draws a number of different answers.

For starters, manufacturing itself faced challenges last year, especially for companies in heavy industries or those tied to oil and gas. Many business leaders also point to the presidential election, suggesting uncertainty about the direction of policy leads people and companies to hold on to their money.

Don Lavrenz, president of Sussex-based control manufacturing and system integration firm The Industrial Companies Inc., said after several years of growth, his firm saw a decline last year, which he attributed to factors like the election, oil and gas weakness, and a strong dollar.

“I think it was just a culmination of circumstances that made the situation worse,” Lavrenz said.

Initial unemployment claims were up almost 2.7 percent across all industries in Waukesha County, but remained below 2014 levels. Statewide, initial claims were down 2.1 percent. There also were six mass layoff notices filed with the state totaling 571 jobs, up from three notices for 176 jobs in 2015.

Harley-Davidson Inc. and Quad/Graphics Inc., two major manufacturing employers in the county, both faced challenges from industry trends. But Harley’s Pilgrim Road plant was spared from a round of layoffs in August, and Quad’s consolidation efforts have generally brought work to Wisconsin. Quad chief executive officer Joel Quadracci has spoken often about the challenges of finding employees to fill open positions.

Lavrenz said despite the dip in sales, The Industrial Companies had its best year ever for new customer acquisition, which he said might be the result of companies struggling to find engineering staff.

An increasingly tight job market is also among the explanations for the dip in job numbers. Unemployment rates have been on a steady decline – Waukesha County was at 2.6 percent in April and has been below 4 percent since mid-2015 – and older workers are retiring, leaving companies complaining that it’s difficult to find workers. With a dwindling pool of talent available, many companies are instead turning to automation to grow their business and keep up with demand.

“The amount of automation that people are using now, compared to plant tours that I did 10 years ago, it’s just night and day,” said Tim Casey, director of economic development at the Waukesha County Center for Growth.

When the Waukesha County Business Alliance asked its Manufacturing Executive Council members for their insights, the response was that tough hiring conditions mean employment is flat or down, even as production and sales grow.

“Job growth figures aren’t always the most accurate measure of that (growth),” said Amanda Payne, vice president of public policy at WCBA. “Companies are investing in technology and finding ways to be more innovative using automation, because the labor market is so tight that there simply aren’t enough people.”

Jeri Meyers, senior regional vice president at Brookfield-based QPS Employment Group Inc., agreed the labor market is getting tighter. She said the most drastic change has been the increase in pay rates, particularly over the past year. In the past, companies looking to make themselves more attractive would increase hourly pay by a quarter per hour.

“Now what has happened is it’s jumping by a dollar,” Meyers said.

Waukesha County manufacturing wages, already some of the highest in the state, have averaged a 2.6 percent year-over-year increase since the start of 2015, compared to 0.9 percent statewide and 0.2 percent in Milwaukee County.

Meyers said QPS regularly charts where jobs are available and from where people are traveling to fill those jobs. The farther west a company is located, the harder it is to staff entry-level candidates, she said.

Finding employees may be one challenge, but keeping current employees is also increasingly important.

“Right now, it’s a candidate market where they could leave a job and find a job the next day,” she said.

Among other things, employee retention requires employers to greet employees at the start of a shift, know and use employee names, and hold cookouts or raffles for staff, Meyers said, adding it sometimes requires education to make clients understand what they have to do to retain staff.

“I’m sure there’s plenty of companies who never had meetings about how to keep people happy on the floor,” she said.

Even with higher wages and a focus on retention, some employers still find it tough to fill open positions, and Meyers agreed those companies are especially forced to turn to automation.

“People are automating in whatever instances they can,” Payne said, noting some have specialized processes that don’t lend themselves to automation, but companies will find portions of production where they can use more technology.

Brian Sprinkman, president and chief executive officer at Waukesha-based brewery tank and equipment maker W.M. Sprinkman Corp., said his company is researching automation options, but ideally wants to use a combination of technology and an increased workforce.

“Our business is growing at a pace faster than the rate at which we can find skilled manufacturing employees,” he said, noting stainless steel sanitary welding is a bit of a niche skill set. “We could afford to bring on several workers right now, if the right candidates presented themselves.”

Companies are increasingly finding they need to bring on people who lack the skills they’re looking for and use internal training to help them acquire the right skills.

Jeff Kerlin, president and chief executive officer at Menomonee Falls-based Tailored Label Products Inc., said his company uses that formula, looking for people who will be a cultural fit and then exposing them to a variety of job functions so both the employee and company get an idea of where the person will fit best.

“Not rocket science, but this process is actually working pretty well for us,” Kerlin said, adding openings are posted internally first and the company searches its organizational chart for opportunities to promote from within.

He said many new employees come to the company through a referral by a current employee. While the challenge of finding new employees hasn’t necessarily reduced the overall headcount at Tailored Label, Kerlin said it has delayed making desired additions.

“It continues to be a difficult proposition to grow our workforce, but that’s nothing new,” Graf said.

He said “a good share” of Letterhead’s growth over the past 15 years has come from automation.

“We’re always trying to automate more; we just have to,” Graf said.

“As a side benefit, we’re finding that this new technology is very appealing to the younger employees,” he added, noting even those who would be considered “non-skilled” take to it “almost naturally.” “This new technology often requires far less operator ‘finesse’ than the former analog technology that takes an operator years to become fully proficient with.”

View article in its original format at:
https://www.biztimes.com/2017/ideas/educationworkforce-development/waukesha-county-manufacturers-navigate-tightening-job-market/ 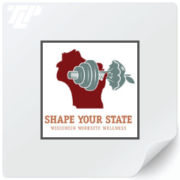 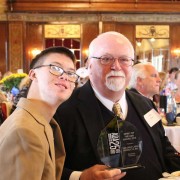 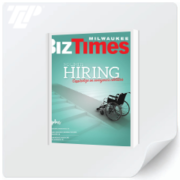 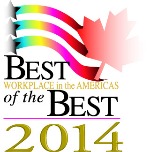 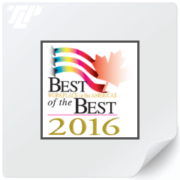